BRAINN research analyzes ancestry in the genome of the population of Campinas and finds a gene related to the accumulation of glycide and lipids.


José Tadeu Arantes | Agência FAPESP – Evolutionary adaptations that occurred in the past may have left the population of Campinas and nearby locations in the State of São Paulo with a greater genetic propensity to accumulate sugars and fats in the body and, consequently, predisposed to develop diseases such as obesity and diabetes.

This is the conclusion of a study published in the Scientific Reports magazine by researchers from the Brazilian Institute of Neuroscience and Neurotechnology (BRAINN), a Research, Innovation and Dissemination Center (CEPID) supported by FAPESP at the State University of Campinas (Unicamp).

The investigation was coordinated by Iscia Lopes-Cendes, head of the Molecular Genetics Laboratory at the Faculty of Medical Sciences at Unicamp, within the scope of the Brazilian Precision Medicine Initiative (BIPMed), also supported by FAPESP.

“We mapped about 900 thousand genetic markers distributed in the genomes of 264 people in the region of Campinas. It was the first study done with this level of resolution in Brazil. Most of the ancestral studies carried out in the Brazilian population used no more than 40 markers ”, Lopes-Cendes told Agência FAPESP. 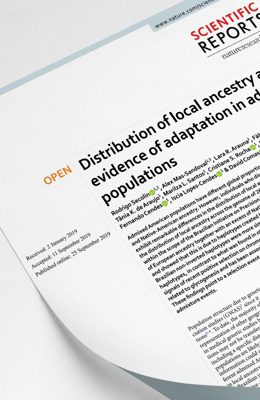 The genomic data were obtained from volunteers without a specific disease, but which represent the genetic diversity of individuals treated at Unicamp’s Hospital de Clínicas. The sample was designed to explore in detail the so-called “local ancestry”. The expression does not refer to the geographical location, but to the genomic location. That is, the researchers investigated all regions of the genome to find out the origin – whether European, African, indigenous or other – of each marker. “Until we carried out the research, we had no idea of ​​the enormous variability in the distribution of local ancestry in the Brazilian population. It was something that surprised us, ”said Lopes-Cendes.

Due to the significant presence of descendants of immigrants from southern Europe in the interior of São Paulo, mainly Italians, the mapped genomes showed a strong predominance of markers of European origin, in the range of 80%, with the remaining 20% ​​distributed, almost half and half , between African and indigenous ancestry.

However, what particularly intrigued the researchers and motivated the article published in Scientific Reports was that the 10% of indigenous ancestry provided the most relevant element from the point of view of public health: the PPP1R3B gene, associated with the body’s ability to accumulate glucose and lipids, and, therefore, predisposing to the development of obesity and related metabolic syndromes, such as type 2 diabetes.

“We did the analysis of the distribution of local ancestry. And we found that it was quite homogeneous across most of the genome, except in a specific region on chromosome 8, where the PPP1R3B gene is located. In this region, we see an increased representation of segments of indigenous origin and a significant decrease in segments of European and African origin. This required a lot of calculation, a lot of checking, it was quite heavy work from a mathematical point of view. But he led us to the conclusion that there really is a deviation from local ancestry in this region, ”said Lopes-Cendes.

To explain the deviation, the researchers formulated the hypothesis that, most likely, this region of chromosome 8 has been subjected to a process of selective pressure in the past, aimed at better adapting individuals to the environment. At a time when food was scarce, the PPP1R3B gene, related to the accumulation of glycids and lipids, would give its carriers an evolutionary advantage, allowing them to live longer, reproduce more, and transmit this trait to offspring.

But what was an advantage in the past has become a problem in the present, in a context of high caloric intake and physical inactivity, aggravated by habits such as smoking and excessive alcohol consumption.

“This information is extremely important from the point of view of public health. We raised the hypothesis that, most likely, it exists in the population of the region of Campinas – and we are confirming this in populations of other regions of the State of São Paulo as well – an increased genetic predisposition for obesity and its complications. If I were the manager of the public health system in the region, I would place great emphasis on obesity and diabetes prevention programs, with specific teams to promote changes in eating habits, encourage the practice of physical exercise and warn about the dangers of smoking and alcohol intake, ”said Lopes-Cendes.

With this objective, the researcher has presented the results of the research in different forums, opening a dialogue with academics in the health sector, especially in the area of ​​epidemiology. “This is a process that we call‘ implementing science or medicine ‘, that is, implementing in practice, especially in medical practice, what we have discovered with scientific research, “he said.

“Our goal is to apply the results in precision medicine. Given the genetic characteristics of the Brazilian population, extremely heterogeneous, it is likely that each medical center that wants to implement the practices of precision medicine will have to do this type of study in its population of interest. This mapping is very important because we know, in medicine, that the greater or lesser predisposition to this or that disease depends on the presence of certain genes in specific regions of the genome, that is, on local ancestry ”, he said.

The research was conducted during the postdoctoral research by Rodrigo Secolin, lead author of the article and FAPESP scholarship holder.

This text was originally published by Agência FAPESP according to the Creative Commons CC-BY-NC-ND licence. Read the original version here (in Portuguese). 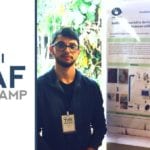 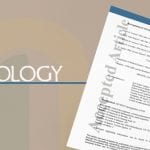 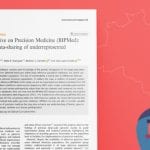