The patient has been hospitalized for a few days at Unicamp´s Hospital. He has suffered a stroke. After the initial treatments were done, the doctors are now closely following his progress. Has the stroke affected the man´s brain? Are the cognitive functions intact? To be sure, the medical team applies questionnaires and perform various tests – such as asking the man to move his arms and legs.

Even though they are efficient, all attempts to understand the consequences of a stroke are indirect. Doctors cannot directly check what is happening in the most important region of the body when it comes to stroke – i.e., the brain.

“To date, measuring the blood flow in stroke patients is an unsolved problem,” says Rickson Mesquita, researcher at the Neurophysics Group (GNF) at Unicamp and a BRAINN member. He and his research group are seeking an answer to this problem; an answer that is already being developed with the help of a modern device, unique in Brazil. Tests with this prototype may even reach the clinical phase later this year.

EQUIPMENT ALLOWS TO “SEE” WHAT HAPPENS INSIDE THE BRAIN

WHAT IS LIGHT IN THE NEAR INFRARED?

Light is an electromagnetic wave. The light that we can see, and which we call “colors”, is but a small part of a large electromagnetic spectrum that includes, for example, X-rays and radio waves.

The difference between what we can see and what we cannot see is the wavelength. We humans are able to see the part of the spectrum which is approximately between 400 and 700 nanometers (nm) long (a nanometer is one meter divided into a billion pieces).

To help diagnose patients who have suffered a stroke, Mesquita develops technologies based in near infrared light. In a simplified way, the light in the near infrared spectrum is able to pass through the skin and skull, interacting with hemoglobin molecules in our blood. This is important because hemoglobin is responsible for carrying oxygen to our entire body. Therefore, where there is hemoglobin, there is oxygen.

Knowing this, Mesquita´s idea was to develop a small device with lasers and infrared light detectors in order to use it in medical practice.

It works like this: the light is emitted by the device, enters our body, interacts with hemoglobin molecules and comes back to the detector. However, the intensity of light that returns is different from the original – the final intensity depends on the amount of hemoglobin with which it interacted. Looking at the difference between emitted light and detected light, it is possible to infer the presence of hemoglobin – and hence of oxygen – in the region under analysis.

“The device we developed is the first in Brazil that is able to measure blood flow in the brain microvasculature,” says Mesquita. “The greatest advantage of it in relation to the monitoring currently done in hospitals is that we can see, in real time, what is happening in the brain of patients who have suffered a stroke.”

“We can see, for example, if the brain of ischemic stroke patients are receiving blood and oxygen properly”, explains the researcher. “Moreover, it is possible to individualize treatment according to the specific characteristics of each patient we are seeing.”

The project, which began in 2013, had its first results at the end of 2014. The tests were done in healthy volunteers and confirmed the accuracy of the equipment. Now, the next step is to take the idea to hospitals and monitor stroke patients. 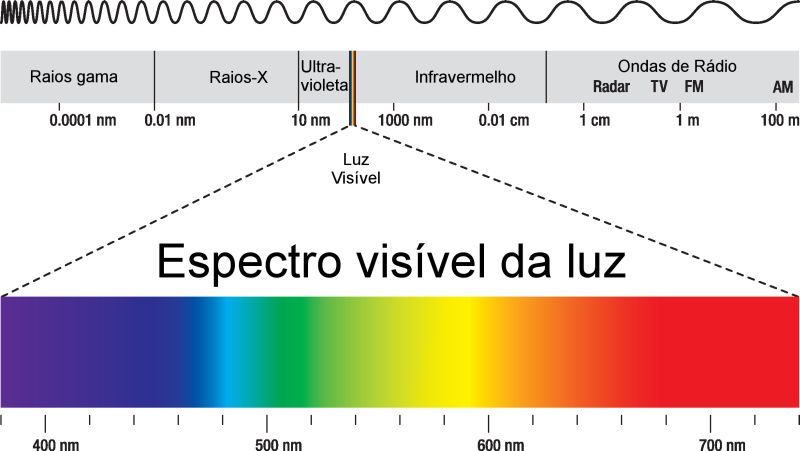 The light that we can see is only part of the electromagnetic spectrum. Note, in the above image, the infrared range.

The device developed by Mesquita and his group can also be used to study healthy brains. One example is its application in research of brain networks, in which the goal is to understand how different regions of the brain are interconnected. The function of the device is to help determine which brain structures are active when certain activities and stimuli are present, since in these cases they have increased blood flow and consume more oxygen than regions not involved in the processes.

“The use of optical devices for brain networks studies has grown in the last five years,” said Mesquita. “They have advantages over magnetic resonance imaging, which can also be used for this purpose. Optical devices are more practical, portable and allow you to perform tests with patients standing and in more natural situations. ” 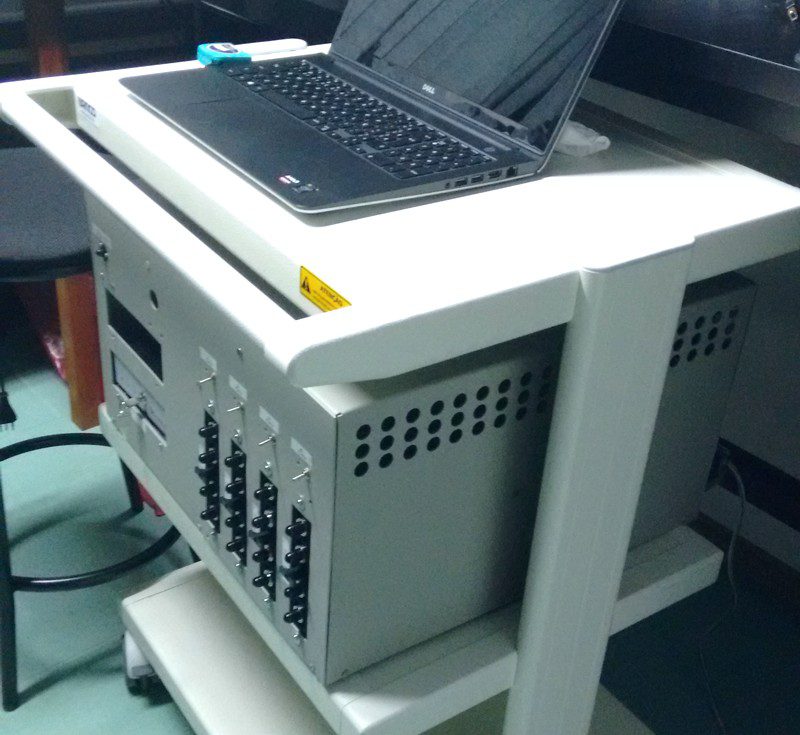 WHAT IS STROKE? WHAT ARE THE TYPES?
Stroke is an accident in the blood vessels of the brain. This accident can be of two different types:

The ischemic stroke occurs when a region of the brain stops receiving blood. In this case, the blood vessel may be blocked, halting the flow of blood and oxygen.

The hemorrhagic stroke occurs when a blood vessel within the brain ruptures, causing blood extravasation and swelling in the region.

Stroke is the leading cause of death and disability in Brazil. Anyone who suffers a stroke, regardless of the type, needs immediate care to decrease the chances of sequelae. Some of the main symptoms of a stroke are: paralysis of one side of the body or face, difficulty in walking, impaired speech and language comprehension, visual impairment and mouth deviation to one side of the face. If you notice these symptoms, seek help immediately!